ETHICS OF THE BUSINESS 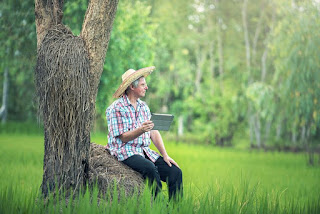 Look in the newspaper or listen to network news at nine or any other hour or virtually any day of the week you will find at least one business scandal in which a country appears to have violated the rules or standard of behavior generally accepted by the society.


Toxic waste have been allowed to floe freely into a river, bribes have also been paid in order to secure a contract, child labor have been used to assemble some products,  and discriminatory practices have presented the employment or promotion of members of a particular group and so on.


Thus given the increasing social impact of business.  Newell (2002) argued that business ethics emerge as discrete subject over the last 20 years to influence the professional manager's behavior especially to be Honest in his activities with the members of the public whom he serves with his company's product and services. On his own part, Degeorge(2005) observed that business ethics is concerned with exploring the moral principles by which we can evaluate business organizations in relation to the impact of the people and the environment. Berle and means (2003) in a very clear terms Treve noted and Nelson in 1999 categorized four types of ethical problems common in business organizations ;first are human resourcing ethical problems, which relate to the equitable and just treatment of current and potential employees.


Unethical behavior here entails treating people unfairly because of their gender, sexuality, skin, color, religion, ethic background and so on.
Second are ethical problems arising from conflict of interest. Here particular individuals or organizationsare given special treatment because of some personal relationship with the group making a decision. A company might get a lucrative contract, for example because a bribe was paid to the management team of the contracting organizations,  not because if the quality of the proposals.
Third are ethical problems involving customer cinfidence,  with companies behaving in ways that shows lack of respect for customers or a lack of concern of public security. Examples here include advertisement that lie(or at least conceal the truth)  about particular goods and services and the sale of products a company knows to be unsafe.